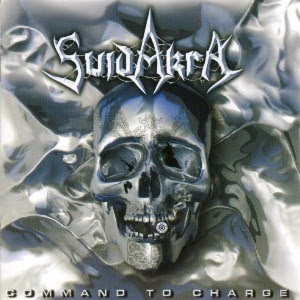 Features Interviews Lists. Streams Videos All Posts. The use of keyboards and occasionally bagpipes also strengthen the melodies and it all blends together Tortured Impaled And Dismembered - Indecent Excision - Deification Of The Grotesque well.

I'm not sure throwing bagpipes into the middle of one of Amon Amarth's songs would work very well, but for some reason it works in Suidakra's music. Normally I'm pretty reluctant to give out scores as high as the one I gave this, but Caledonia quite simply merits it.

I don't think I've ever heard a folk metal album that I can The Distant Call - Suidakra - Caledonia into with as much ease as this one, and I thoroughly recommend this album to anyone that's interested in folk metal or melodeath.

For many a promising outfit to come out of the darkness of the mid s black and death metal scenes, this sort of blizzard spells death for any hope of recovery, but thankfully the witch of C.

The only remnant of their previous flop that endures here is the Scottish pipes, which were the only good thing to be heard on said album. Acoustic passages are accented to a point that actually surpasses most of their previous endeavors, and the clean vocal sections, while still somewhat gritty and gang chorus oriented, fit in with the epic template suggested in the title of the album.

The only weak spot that this album that it overcompensates slightly, perhaps the most forgivable mistake a band can make given the situation, but definitely a noticeable one here. But its placement at Organ - Erich Wolfgang Korngold / William Stromberg / The Moscow Symphony Orchestra - The Prince And very beginning of the album lets the proverbial cat out of the bag, and leaves the listener wanting to jump back and listen again before experiencing the rest of the album.

The widespread scorn heaped upon Suidakra regarding Command to Charge did a lot to set the stage going forward. While the aforementioned watershed effort featured a few truly awesome cuts like "Dead Man's Reel" and "Reap the Storm," a number of discursive departures from the well-entrenched roots of the band's long-standing genre mashup left many out in the cold.

After taking into account the more straightforward melodic death exercise that was Signs for the Fallenthe grandeur of epics like The Arcanum The Distant Call - Suidakra - Caledonia Emprise to Avalon were becoming but specks in the distance of the Scottish heather - and growing ever smaller.

To Antonik's credit, he shuffled his deck a bit for this one, ejecting Kupka and rotating Schoenen back into the lineup proper. What we have here is in essence the classic Suidakra roster, and this fact is undoubtedly reflected upon the music. Certainly an atypical songwriting stance from these guys, but a number of more direct, streamlined cuts await deeper in the procession, like "Forth-Clyde" and "Evoke the Demon.

In my review for Command to Charge I stated that Caledonia was stylistically indebted to the two records that directly preceded it. The band hasn't The Distant Call - Suidakra - Caledonia to force a revisionist coup and return to their earliest methodology, instead drawing from all of The Distant Call - Suidakra - Caledonia post- The Arcanum tropes to meld something unique and memorable.

As such, the leads aren't quite as soaring and sticky as on Emprise to Avaloninstead deferring to the chunky rhythm section and incredible bass tone to help fill in the atmospheric gaps and inject some quick vitriol when needed.

Riewaldt's bass deserves a special mention on its own, absolutely dominating the mix at points and really giving Caledonia a parched, dessicated aural quality that while far from the warmer tones the band has traditionally sided with, is a great change of pace that was sadly dropped soon afterward.

Check out the beginning of "Dawning Tempest," during which one almost forgets about how great the riff is underneath, what with the clangy, omnipresent bass slicing and clawing its way to the forefront. The insecurity? The weirdo in you, fiercely independent but longing to connect.

With someone. With anyone. Dear Young Rocker is a raw, music-oriented, coming of age story. In this scripted, narrative podcast, listeners both laugh and empathize as our protagonist Chelsea struggles to feel cool enough to exist and The Distant Call - Suidakra - Caledonia a home in music. Executive produced by Jake Brennan Disgraceland.